You may have heard scratching, fighting, and chattering in your chimney or smelled the pungent odour of squirrel droppings. Squirrel in the chimney in Toronto is actually fairly common. The chimney looks a lot like a hollow tree so the critter will naturally want to nest in it. Some fall in by accident and can’t climb out especially if the tube flue is made from slick metal. Whatever the case, you need to remove the squirrels as soon as possible.

How do I get squirrels out of my chimney?

A squirrel can be in a chimney for two different reasons: it may have been stuck in it or it may have nested. But how can you get rid of it? What you absolutely must not do is light a fire in the fireplace. This will not only not chase the squirrel away, but, if trapped in the fireplace, it will burn it alive.

And you must also be very careful to send a squirrel away from the chimney, climbing on the roof is not a simple thing. In case you are not practical, the best thing to do is to contact a professional squirrel removal service.

However, to remove a squirrel from a chimney there are several methods you can try:

Do squirrels nest in chimneys? 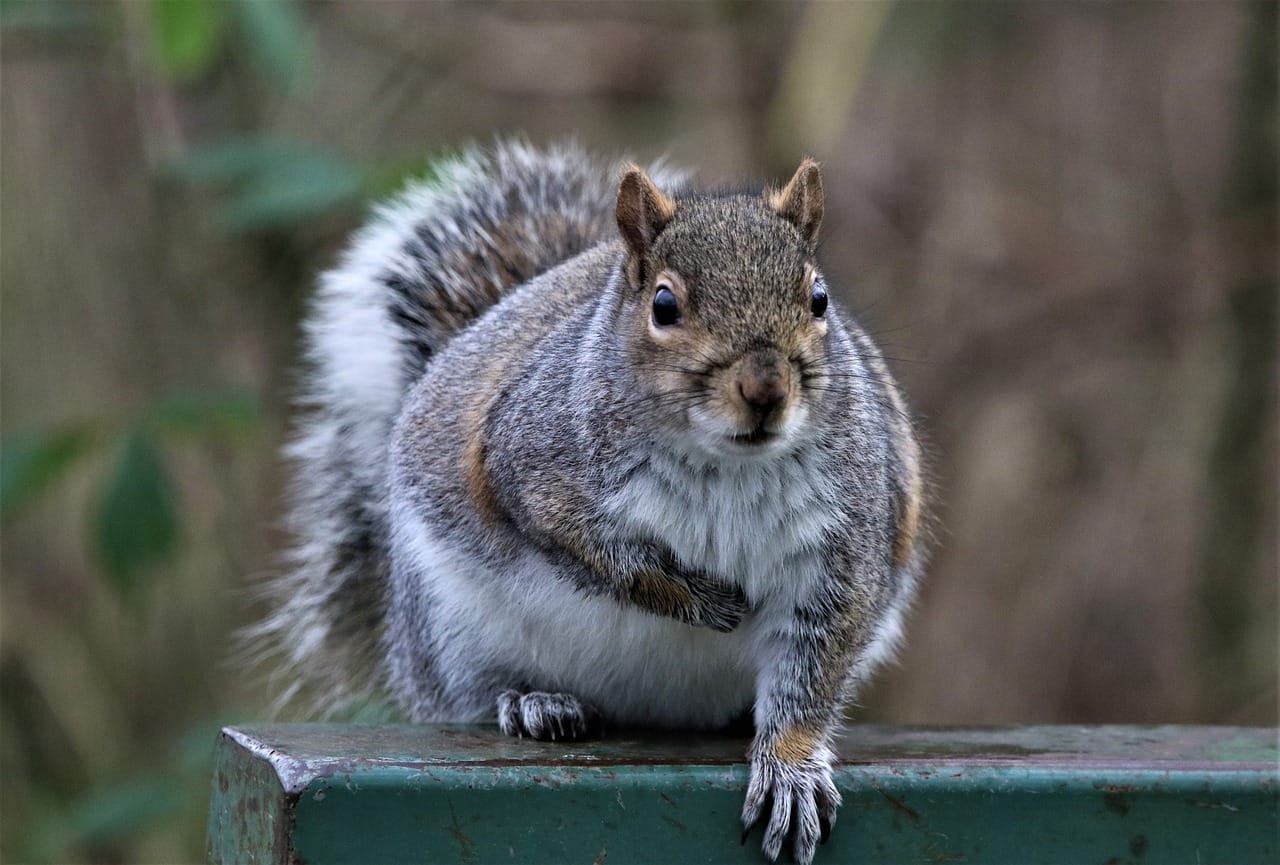 Yes. Squirrels can nest in chimneys.

For a squirrel, or for a family of squirrels, a chimney is just like a tree: it is high enough and full of holes so that it can hide and remain protected and away from predators. It is not only an instinct that affects predators but also parenting. Being hollow, but covered, the chimney is a suitable environment to protect squirrels from bad weather.

In short, it offers the same shelter like a tree to be safe and to live peacefully, an ideal place for squirrels. It is an ideal environment for a squirrel. Being also great climbers they would be able to reach it very easily, to come and go without problems.

Usually, as soon as they see a chimney and need a place to nest, they choose it. If they don’t get stuck because the chimney is too smooth, they go down to the bottom and begin to create the nest for the little squirrels at the bottom of the chimney.

The main problem with squirrel nests in flues, like all nests in these places, is the fact that smoke cannot pass and the chimney cannot vent. This means not only a risk of CO2 intoxication, as smoke will enter the house and will not be sucked into the fireplace, but also a risk of fire.

The squirrels’ nests are built in a very compact way, becoming very difficult to remove. Some, even very large ones, could occupy a large part of the chimney and even take hours to remove. In this case, you will need to call a professional squirrel removal service.

How to Remove Squirrels from the Chimney

Do not light a fire to chase the squirrel out. You might roast the animals alive, especially baby squirrels that are unable to climb up the chimney and out of danger. A frightened squirrel may also try to escape down the chimney and into your house. Lighting a fire or using smoke is inhumane. Keep in mind that it is illegal to kill or harm wildlife in Tonto; squirrels are protected wildlife.

A great alternative is to drop a heavy rope down the chimney to allow trapped squirrels to get out. The animals may want to get out in the first place but the surface is too slick to climb out. Inspect the chimney periodically and remove the rope once you are sure they have left.

If you are sure that the squirrels are nesting in the chimney, bock all holes that they can use to get in and leave only the top of the flue open. Install a one-way door that will let the animals out but will block them from entering.

Inspect your chimney with a flashlight to make sure there are no babies left inside. If there are, wear a thick glove and remove them by hand.

What other animals can nest in chimneys?

What to do if an animal is in your chimney?

A bird, a raccoon, a bat, a squirrel or any other animal have become stuck or nested in your chimney. What to do in these cases? This is not the only question to ask, because besides knowing what to do you also need to know what not to do absolutely.

Here’s what to do if an animal is in your chimney:

Here’s what not to do if an animal is in your chimney:

A squirrel trapped in a fireplace – how to get it out 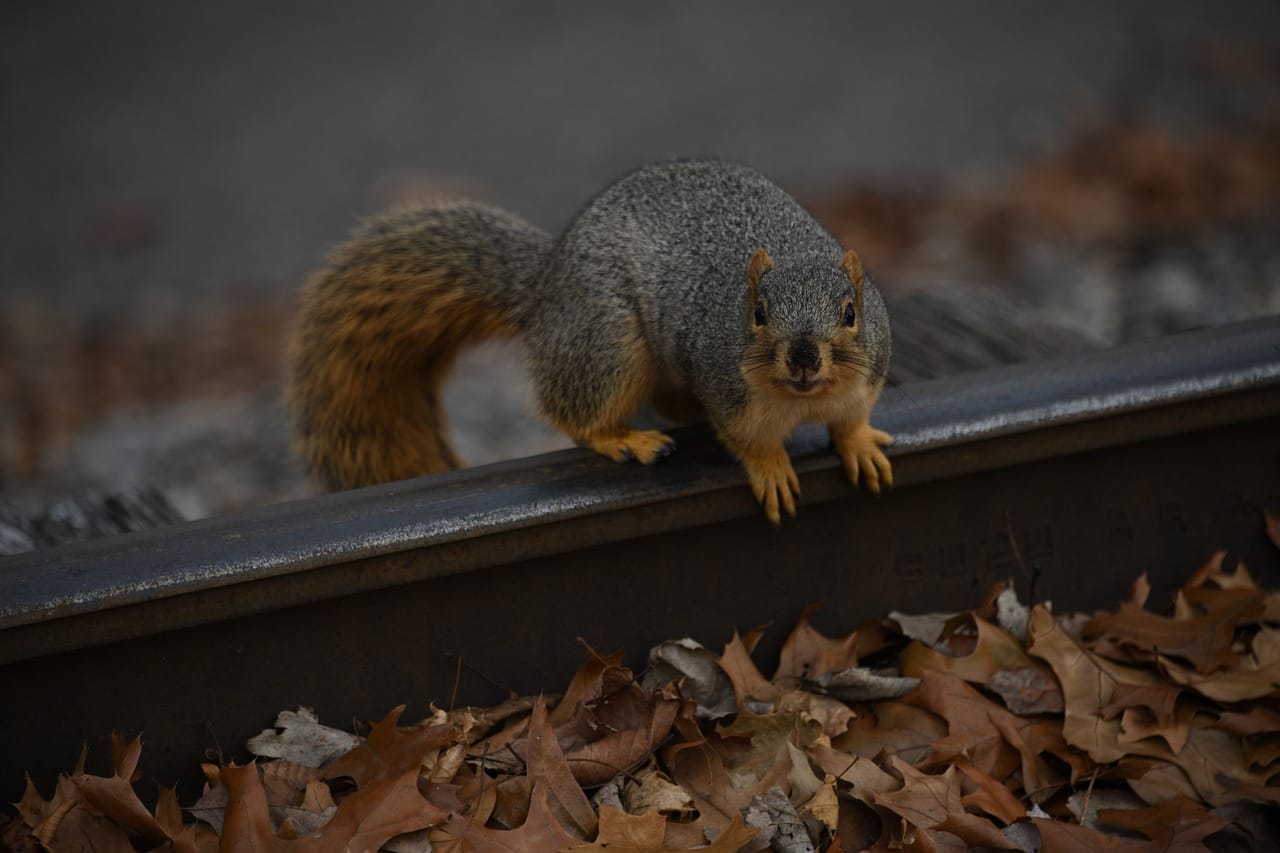 Having a squirrel in the fireplace can be worrying because it is one step away from entering the house and you could easily find it in the attic.

A squirrel trapped in a fireplace will be afraid, very afraid, so you must be very careful if you try to get rid of it. It may attack you, scratch and bite you, but only because it is frightened.

To prevent it from entering the house, as a countermeasure, when you have the fireplace off, keep it closed with a grate or glass doors.

Here’s what you can do if the squirrel is trapped in the fireplace:

Why You Should Hire a Wildlife Removal Expert

Although removing squirrels from the chimney is not exactly difficult, baby squirrels are of particular concern. If you separate the mother from the babies, the latter will die from dehydration and starvation. The excluded mother will literally tear your roof apart if she realizes she cannot get back to her litter after a night of foraging.

You also need to clean and disinfect the chimney and any other areas where the squirrels have been. Squirrel droppings and urine give off a pungent odour that soaks into your furniture, walls, upholstery, and other places. There is also the risk of contracting airborne diseases present in the animal’s droppings and urine. Cleaning the inside of a chimney is not easy.

Hire a wildlife removal expert in Ontario to get rid of the squirrels and babies safely and humanely. The expert will also clean up the mess left behind and fix any damage the animals might have caused. He will also help to sell your home so you don’t have to deal with this kind of problem again in the future. Ensure you get a warranty of at least two years for the removal service.