The following case study will exam a squirrel break-in that takes an unusual turn along the way in a residential property in Oshawa. After the homeowner complained of possible squirrel activity behind the chimney and behind walls, she called a squirrel removal technician to conduct an exterior inspection. Squirrels are problematic wildlife animals that have adapted to urban life so well that squirrel break-ins have almost became a norm in some part areas and cities across Ontario. Squirrels that are present in Ontario are mostly tree squirrels. As such they will build nest in the upper floors of residential properties such as in chimneys, attics, or as we will see right at the side of the roof to get inside of the property.

The technician checks the perimeter of the residential property thoroughly for any signs of an intrusion. Squirrels can bite, rip, and use force to get inside the building. At the same time, the technician notes down his observations of the property. Next, the technician inspected the roof. The technician found a large squirrel entry point at the side where the gutter is installed. The technician compiled a list and handed them over to the homeowner. The list contains recommendations to seal off vulnerable points such as vents, foundational gaps, and other points that can serve as an entry point for wildlife and pests such as mice and rats. It was obvious that the squirrel broke in along the drip edge.

The technician returned the next day and found out that some squirrels exited the property. However, 10 dead squirrels were found at the bottom of the chimney. It is unsure how that might have occurred, but there is a possible explanations for this to happen. Baby squirrels or younger squirrels might have not gotten the strength to climb out when necessary resulting in their deaths. Whatever the cause is, the bodies were eventually cleaned out.

After the squirrels were cleaned out, the technician proceeded to seal the entry point. The One-Way Door was taken off. Afterwards, a durable material was used to cover the entry point. Galvanized steel mesh is material that is resistant to any possible entry. Rats, mice, squirrels, and other squirrels will have an impossible time getting inside. 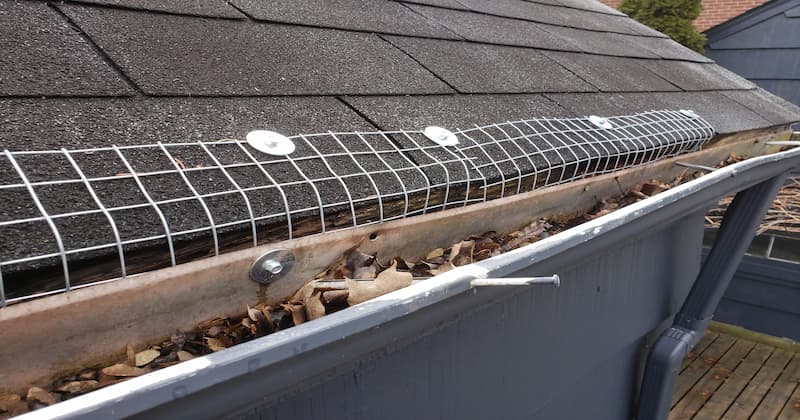 In areas where squirrels are very prevalent, homeowners should recognize the signs for squirrel presence. Doing so can prevent a lot of financial loss as well as material loss. If you hear unusual sounds in the early morning, you might be dealing with a squirrel or multiple squirrels. Call Squirrel Control for professional and reliable squirrel removal now!