The initial call to the property was for the neutralization of a dead animal carcass found inside of the HVAC system on the roof of the commercial building in North Etobicoke. The customer was aware of a smell permeating through the vents and hired our company to have the animal removed or the smell neutralized.

The visit is located in Highfield in North Etobicoke. Wood bine casino is a short trip from the location. Highfield was a post office village at the intersection of what is now Rexdale Boulevard and Highway 27, maps of the area of Etobicoke in 1878, published in the York County Atlas. On the southwest corner wasHighfieldPost Office which opened July 1, 1866, and closed November 12, 1913. This made the area important to smaller local towns as a post office was a very important structure and the only way to communicate long distances. This led to the industrialization of the area later in the 20th century.

The initial inspection of the roof of the building found large openings in the mesh cover of the intake vent for the HVAC system. There were multiple HVAC units on the roof and were all inspected for animal activity. While no carcass was found the area was sterilized and deodorized effectively and the smell was eliminated. The customer also felt that a squirrel and possibly mice had entered the accessible HVAC system on the roof and were living in the building. The damage to the HVAC vents was apparent and after an inspection, it was found the rodents, possibly rats were present in the building. These vents would have to be excluded to prevent rodents and wildlife from entering the building. Exterior bait stations will be needed on the front ride side of the building to deal with exterior rats as that is a very highly active area and must be treated to ensure the interior treatment is effective. 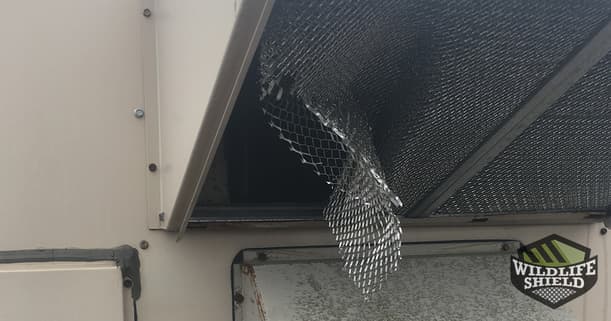 The interior inspection for the building found rodent activity in the walls, in the ceilings of the building, and in the vents. Tamper-proof bait stations were placed in areas of high activity to control and exterminate the rodent issue. Feces was found inside of the ceilings and in other places denoting an ongoing rodent issue.

The initial measures taken by the technician included baiting the exterior of the building with large weighted tamper–proof bait stations containing commercial-grade rodenticide which is an anti–coagulant poison that causes the rats to feel sick and to return to their underground burrows and die from dehydration. The interior of the building also needed to be treated for rats and other possible rodents. Tamper-proof bait stations containing commercial-grade rodenticide were arranged in areas of high activity to ensure the control and extermination of rodents on the interior.

In conclusion, the dead animal visit revealed a number of openings that could allow wild animals and rodents into the commercial building. This was resolved by treating the exterior rodent issue as well as the interior rodent issue. By excluding and sealing off the HVAC roof ventilation points the rodents and wildlife like squirrels will have a far more difficult time getting into the building. After the animals had vacated and rodents were gone the one-way doors were taken down.